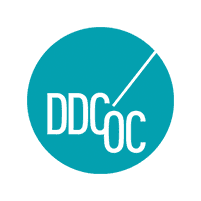 An endoscopic retrograde cholangiopancreatography (ERCP) is a diagnostic tool to evaluate the bile ducts, pancreatic duct, and gallbladder. At Digestive Disease Consultants of Orange County, the team of expert gastroenterologists may order the test if you’re jaundiced or have unexplained abdominal pain. To learn more about the ERCP, call one of the offices in Irvine, Huntington Beach, Tustin, or Foothill Ranch, California, or use this website to schedule an appointment.

What is an ERCP?

An ERCP, which stands for endoscopic retrograde cholangiopancreatography, is used to diagnose problems with your liver, bile ducts, pancreatic duct, and gallbladder. The ducts are drainage routes. In the liver, these are known as the bile or biliary ducts.

Why would I need ERCP?

An ERCP can help in the diagnosis of unexplained abdominal pain or jaundice, which is yellowed skin and eyes. The doctors at Digestive Disease Consultants of Orange County also order the procedure when you have:

Whether or not you undergo an ERCP depends on your symptoms and the results of other tests.

What should I expect during an ERCP?

During an ERCP, your provider uses X-rays combined with endoscopy. An endoscopy procedure is done with an endoscope, a long tube with a light and a camera.

The doctor gives you a local anesthetic as well as a mild sedative before the procedure. In some cases, an anesthesiologist administers sedation if your procedure is complex or lengthy.

The provider passes the endoscope through your mouth, esophagus, and stomach until it reaches the first part of your small intestine, known as the duodenum.

They look at the common opening to the ducts to view any problems and then pass a narrow plastic tube, called a catheter, through the endoscope and into the ducts. A dye is injected and X-rays are taken to get additional diagnostic information.

What will I feel during an ERCP?

You lie on your abdomen on an X-ray table for the procedure. You won’t feel much during the ERCP since you’re sedated, and the endoscope doesn’t interfere with breathing.

Expect to feel a bloating sensation because air is introduced during the ERCP.

Are there complications associated with an ERCP?

Most people have no problems following an ERCP, and serious complications are quite uncommon. It is possible to suffer inflammation of the pancreas, bowel perforation, or bleeding. Some people also suffer an adverse reaction to the sedative. All the possible complications, no matter how rare, are discussed with you prior to the procedure.

If you have symptoms that suggest you need an ERCP, trust the providers at Digestive Disease Consultants of Orange County to perform this important diagnostic procedure. Call today or book online for a thorough consultation.